Lina Bo Bardi’s exhibition, open until January 13 2019 at the Juan March Foundation, invites us to discover the rich universe of this multifaceted Italian-born artist: architect, museographer, designer, writer, cultural activist, and curator.  Brazil becomes an adoptive and adopted country to her, one full of opportunities, a refuge. A new country, one that is receptive, young, fun, full of virgin nature and affectionate people. The opposite of the Fascist Italy that she left, a country prey to its own horrors and imperialist dreams. This exhibition shows us the richness of those Old World influences, from where she came and which she brought and mixed to the New World ones, where she chose to live. 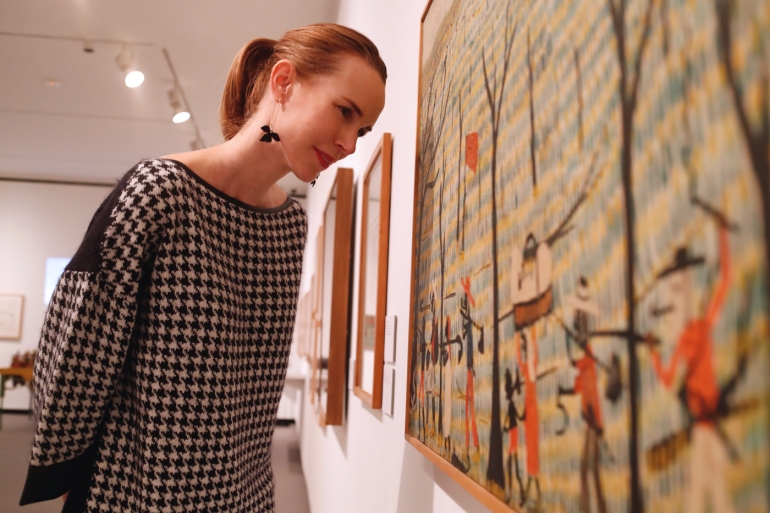 This exhibition takes its name from the Anthropophagic Manifesto, written in 1929 by Oswald de Andrade, a text where the author reflects on the Brazilian anthropophagy. This title establishes a simile between the customs of the Tupis, who captured those who invaded their territory and lived with them for some time, with the purpose of eating them later on in an effort to devour the information of the discovered world (which was made into a film: Como era gostoso o meu frances, by Nelson Pereira dos Santos. Brasil, 1971); and Lina’s inverse anthropophagy, as she devoured and absorbed the richness of her adoptive country, from their most ancient knowledges —the ethnic ones— to the most recent politics of the country, the native influences, indigenous, afro-brazilian, and the Northeast Region. Her projects have a stimulating air of mixture and balance between extremes: popular customs and avant-garde, tradition and modernity, people’s collective work and artist individuality.

A mixture of influences from the Old World —the Bauhaus, pictorial influences like Giorgio de Chirico; architectonic ones, like Erich Mendelsohn, Mies van der Rohe, and even Phillip Johnson— and the influences she received in her new home, like being captivated by its lush, exuberant, and virgin nature. For Lina, the cultural diversity and richness from Brazil could give new life to the Old World.

The exhibition reunites 348 works: photos, sculptures, paintings, drawings, objects, and handcrafted pieces made by Lina and other international, indigenous, and Brazilian artists. The pieces transmit the enthusiasm of meeting a New World to the spectator, reframing European culture, not without a feeling of nostalgia, with renewed dreams, desires, and projects to create a better future.

Her most emblematic and known project was the São Paulo Museum of Art (1958), MASP by its initials in Portuguese, with its radical Brutalist architecture (it consist of only one piece), situated in a preeminent place of the important and luxurious Paulista Avenue.

What I liked the most: The Glass House, Lina’s house, a house with airs of modernity that merges with the Atlantic Forest’s exuberant vegetation. It looks like an insect that is ready to fly at any given moment.