Palimpsest project, specifically designed for the Palacio de Cristal (Crystal Palace), in Buen Retiro Park, was developed by the Colombian artist Doris Salcedo (Bogotá, 1958). On the basis of an expanded concept of sculpture and a rigorous experimental investigation, this artist’s career has led to the development of a complex and multifaceted work centered on political violence and the suffering of those excluded from dignified living conditions.

Salcedo’s purpose in this exhibition is to ensure visibility for one of the most dramatic and ignominious events of our recent history: the death of thousands of people in the Mediterranean Sea in front of the indifferent, if not unconscious, complicity of an anesthetized European society. Her proposal is “to present violence without violence”, she says, by making pain perceptible without having to show it explicitly.

Salcedo starts from the conviction that only poetic language can help us unravel the (un)reason for violence. Art, Salcedo believes, makes it possible for the viewer to establish an affective relationship with those who have suffered, helping in this way to prevent their experience from being consigned to oblivion. 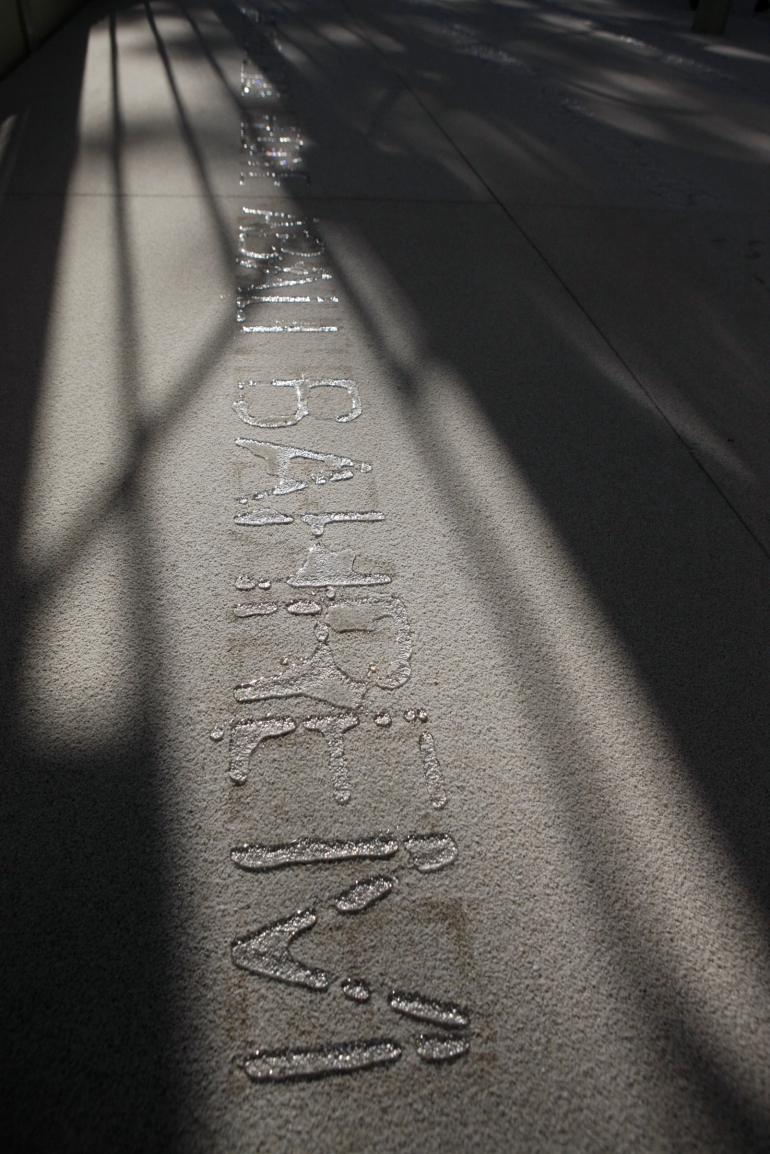 Conceptual art proposes an inner journey. When you face it, you look for information in your memory and bring it to the present, while you observe and look for answers to the questions that emerge in you due to what the artist’s work evokes. The magic is that both, the journey and it’s interpretation, are yours: what it suggested, what you felt, the questions and the answers, they are all yours. It touches and awakens different sensations and it answers to each of us in a different way, according to our baggage and sensitivity.

In conceptual works, materiality acquires a symbolic dimension, but at the same it’s perceived by the spectator in a profoundly sensorial way that establishes a highly physical and almost bodily relationship with it. 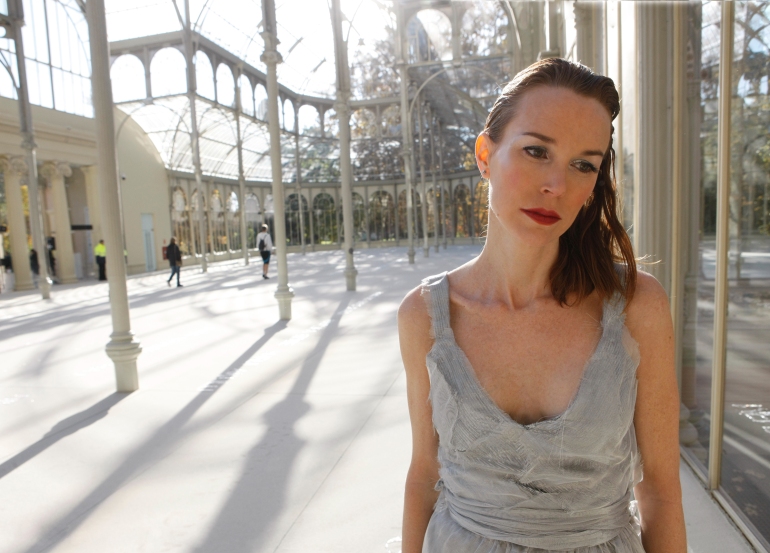 Palimpsest’s nature is changing and evanescent for the appearing and disappearing names, sometimes barely legible, become symbols that make us aware of the individual lives that are behind them and behind each of those daily news about shipwrecks. They are names of people nobody grieved, because they were already “no one” while alive… what could they be now they’re dead?

Palimpsest is an exhibition of ephemeral art conceived under a concept of transience, of non-permanence as a material and conservable artistic object. From April 1, 2018, this work will remain only in our memories.

It’s also an exhibition specifically conceived for the Palacio de Cristal, a building constructed in the late XIX century for the Exhibition of the Philippine Islands and, therefore, directly linked to Spain’s colonial history. Both, its location and its ephemeral character, further reinforce its conceptual proposal.

My Interpretation of Palimpsest

While visiting Doris Salcedo’s work at the Palacio de Cristal, I felt that very subtle and very powerful things are happening at the same time. Emerging from the floor, there’re drops of water that slowly connect in order to form the names of hundreds of men and women. The letters change, evaporate, move, and shine according to the sun’s orientation. They’re never the same.

Palimpsest… I search for the definition in my memory: manuscript in which the original text has been erased to rewrite a new one. Usually, the manuscript keeps showing traces of its previous writing that had been made on its surface. I look around and I understand why the artist choose this name to baptize her exhibition.

I recommend visiting Doris Salcedo’s project “to present violence without violence”. Go, listen to her “poetics of mourning”, and let me know what it tells you.